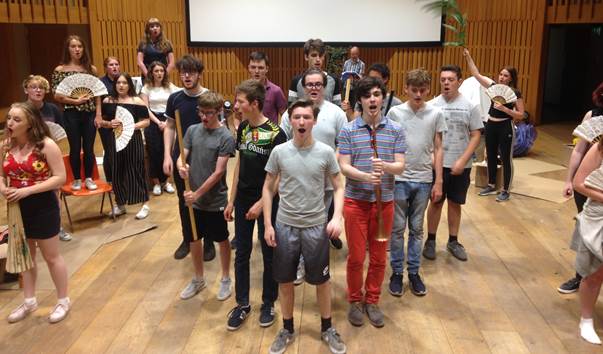 Emma Black, a graduate in Classical Literature and English from the University of Leeds, was our first DARE Intern in 2010/11. 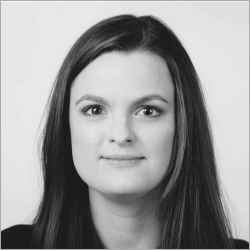 Emma returns to Opera North this August to direct the Opera North Youth Chorus production of Pirates Revisted, an adaptation of Gilbert & Sullivan’s Pirates of Penzance, which will perform at the Edinburgh Fringe Festival 7-8- August and Harrogate Theatre on Friday 10 August as part of the Harrogate International Gilbert and Sullivan Festival. See here. She will also assist director Giles Havergal on Opera North’s forthcoming production of Lehár’s The Merry Widow.

Emma credits her internship as the springboard that launched her career.

“It was the DARE experience that started it all for me. I did an undergraduate placement, then a post-graduate internship, which led to a job as Chorus and Orchestra Assistant.  I am now a freelance Director thanks to the DARE opportunity.” Emma Black, former DARE intern.

Since graduating her career has grown rapidly – she has been assistant director at Opera North, on Trial by Jury , La Fanciulla del West,  Swanhunter and The Ring Cycle; and on Albert Herring (Hampstead Garden Opera), The Lighthouse (Royal Opera House) and The Fairy Queen (Academy of Ancient Music). She has also directed La Voix Humaine for PB&J Opera, The Magic Flute for Leeds Youth Opera, HMS Pinafore for Athena Opera and The Bear for The Living Room Opera Company

Other DARE Interns who are now developing flourishing careers in the arts include: –

Modern Languages graduate Amelia Dunton. Amelia did her internship in the Opera North Publications Department in 2016.  Following an MA in Cultural and Creative Industries at King’s College London, she is now a Client Analyst at Coleman Research.  “My internship at Opera North was the first step towards a career in the cultural sector. Having had real experience and responsibility in a leading arts European institution really sets me apart from my fellow course-mates at networking events. The culture at Opera North inspired me to apply for my postgraduate study; everyone was so welcoming and passionate about what they do.”

Music graduate Nick Watts spent his year industry in 2014 as the paid coordinator for DARE Fundraising Fellowships programme at Opera North. Nick is now Philanthropy Manager at the V&A. “My paid internship at DARE was my first step in the arts sector, and got me my first job out of university. DARE has set me on a great career path, as a fundraiser at the world’s leading museum of art and design.”

Alice Jones, who studied English and French and spent her 2012 internship in the Opera North Publications Dept, is now Publications Content Assistant at the Royal Opera House. “My DARE internship with Opera North Editor Stuart Leeks allowed me to pair my degree in English with my passion for the arts. DARE gave me the skills and inspiration to then successfully pursue a career at one of the world’s leading opera houses!”